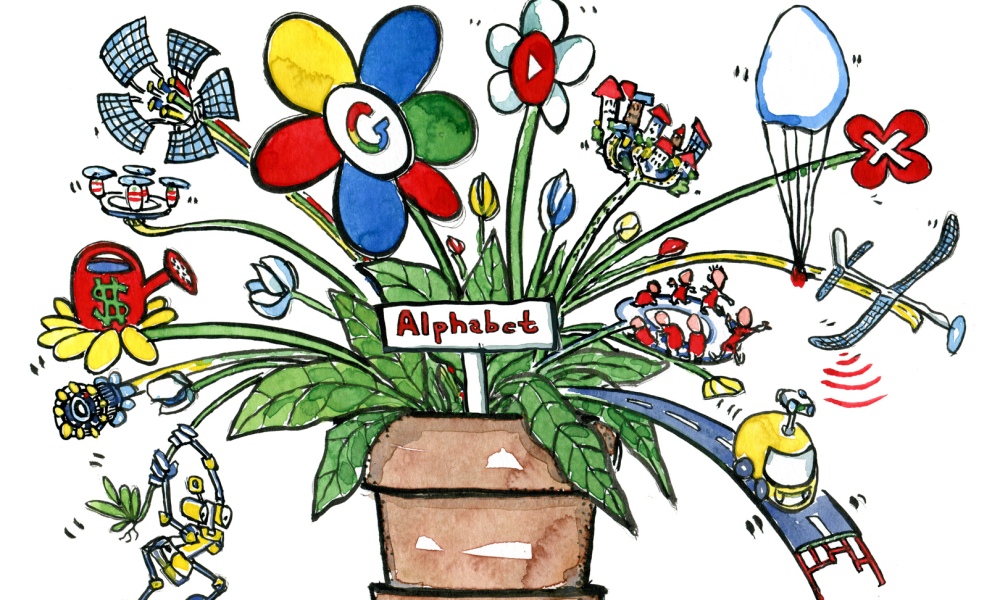 Ever heard about the company http://www.abc.xyz?

Today everybody try hard to become #1 on Google, except the ones behind  www.abc.xyz  – They call themselves Alphabet and they own Google, Youtube and Android among other things

Google is not what it used to be: In late 2015 the owners behind Google created a new parent-company to be the umbrella of their companies and projects, they named it “Alphabet”, and made a little humble hut on the web for it on http://www.abc.xyz .

The Google people couldn’t use Alphabet.com because that is owned by the German car-maker BMW .  They couldn’t use abc.com either – that one is owned by Disney. “Alphabet” is also used by lots and lots of other people, companies and organisations, simply because the alphabet is the letters we all use and one of the most used, oldest and commonly used words. In other words Alphabet is all that Google is not.

The reason behind this move by the Google owners, one of the largest and most powerful / influential companies in the world, is about the only thing explained in a simple statement on the wall inside the little new Alphabet hut, in the words by Google’s co-owner Larry Page:

“Google is not a conventional company. We do not intend to become one.”

Alphabet is now the parent company of Google, Android, Youtube, Daydream, Gmail and a huge fleet of self-driving cars, drones, houses that thinks, robots that runs around, biomedical and urbanity research labs, cloud and space projects and a lot of other stuff.

List of some of the important Alphabet companies and projects:

I just made a quick overview of some of the most important Alphabet projects and companies here:

Managing the money for new and existing projects and adventures

Youtube global video streaming service and now also two huge new projects (Google Daydream – virtual reality) and Google Tango (sensing places technology)  pushing the limits between virtual reality and the rest of what we know, and how we do storytelling

Beside the projects Alphabet controls and own. Alphabet also has invested in +300 companies and invest continuously in a lot of other new projects and endeavors on a global scale: Here is a list of some of them

Collection of artworks by Frits Ahlefeldt for sale:

My original watercolors for sale

My original illustrations for sale

Connect with me on: